The variety of choice you have when choosing a set-top box to watch the latest TV shows and movies whenever/wherever you want is huge and can be a difficult decision when choosing between them.

Apple and Amazon have both tried their hand at a set-top box that promises easy streaming and unlimited access to apps and games, but which is the best value for money? And which has the better overall features?

The Amazon Fire TV and Apple TV are two of the most popular choices. Here’s our verdict on which is the best:

Both designed to be sleek black boxes that suit most interior designs, the Apple TV and Amazon Fire TV look very similar; the only real difference is the thickness.

The Apple TV set-top box is has rounded edges and is thicker than the Apple TV, which has a more contemporary feel. However, both use a combination of matte and glossy plastic in the production of the box and remote making them look exceptionally similar.

Along with the design of both of the set-top boxes being different, the remote controls also have notable differences.

The remote that comes with the Amazon Fire TV consists of seven control buttons – one of which can be used to activate voice control for easily searching programmes, apps and movies on the box.

The Apple TV remote, however, comes with 6 control buttons and a clickable touchpad that allows easier navigation, coming in handy especially when typing. It also has a button for voice control but the added touchpad (that works almost identically to the MacBook trackpad) adds an extra feature for easy browsing.

Because both of these remotes use Bluetooth to connect to the box, it’s easy to tuck the boxes away out of sight due to the remote being able to connect without the line-of-sight.

With both boxes being fully equipped for any gamer to be satisfied, each respective box has a range of benefits that can be useful for playing video games.

The Amazon Fire TV has an option for a games controller to be added to get the full effect of playing a virtual game. The controller, however, doesn’t come with the original purchase and will set you back a further £39.99.

On the other hand. the Apple TV has no additional gaming add-ons as the features you will need for game-playing are already handled within the remote. The design, which is similar to that of the Nintendo Wii, is compatible with a number of Apple TV games on the App Store but only permits the use of one remote at a time.

With the majority of TV and movie choices being the same on both set-top boxes, consumers are now looking for apps to add extra features to their device.

The Amazon Fire TV comes with built-in apps for games, music, photos and watch lists with the option to watch a range of free TV shows and movies if subscribed to their online Amazon Prime service.

Apple TV have made the use of their apps more accessible as the £79/year fee that Amazon cost for subscription to these free movies is wiped. Downloading apps like Netflix, Disney Channel, Hulu and YouTube is simple through the App Store and is free of charge, making the entire process cheaper and simpler.

Regardless of the similarity of features and things that you can do on each of these set-top boxes, the difference in price is stark.

Overall, we’d say that the Amazon Fire TV has better gaming benefits whereas the Apple TV has the edge for ease of use and the readiness of apps.

Which of the set-top boxes do you prefer? 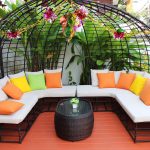 Choices of Waterproof Patio Furniture Covers – What to Consider 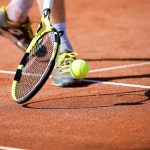 7 tips to take great phone pictures of your pet

5G Will Be Responsible for an Increase in Cryptocurrency Adoption

A fast manual for RASP security