The Evolution of Camcorders

Today’s camcorders bear almost no resemblance to the technology that gave rise to the beloved pastime of home recording. In the 1960’s the first piece of “home recording” equipment cost US$30,000 and weighed more than 45 kilograms: a bit out of reach for your average home hobbyist.  It wouldn’t be until the 1980s that home recording became both affordable and convenient. Companies like Sony and JVC introduced a new era, making directors out of anyone who decided to pick up a video camera.

Most of us can remember a time when our parents would slap a bulky tape in the Betamovie and hoist the heavy clunker onto their shoulder. And editing? Forget it. Unless you were willing to spend big on some studio-type editing equipment, what you filmed was what you got.

Once the move to digital went down in the mid 1990s, the slow development of film technology was replaced with digital media, which advanced rapidly. The companies that brought film making into the home continue to expand and develop the industry today as the quality gets better and the product smaller.

Here’s a look back at the evolution of camcorders.

Still considered a pioneer of portable electronics; Sony unveiled the Betamax format in the mid 1970s. The cassettes looked somewhat like the VHS tapes that would rule the industry from the 1980s until DVD made film movies obsolete. Thanks to the Betamax technology, Sony made home movie making available to the masses with the Betamovie camcorder in 1983 and ushered in a new era.

Several home video recorders hit the market before this, but Betamovie was the first to provide simple, high-quality filmmaking in the home. The viewfinder was a simple through-the-lens model, which would eventually be replaced by electronic viewfinders.

The Rise of VHS

As VHS knocked the Betamax out of circulation, JVC entered the family camcorder game with the GR-C1 Videomovie. This was one of those hoist-on-the shoulder monsters that came to define camcorders for about a decade. This particular model became a favourite because you could shoot straight onto a VHS, pop it out and stick it in your VCR.

Unlike the beta, VHS tapes had two heads, which provided better picture and sound quality. Released in 1984, this camcorder became an industry favorite and maintains a cult following to this day. It was billed as the first “all-in-one” camcorder. This one also broke away from the pack by being the first to offer instant playback straight through the camera. 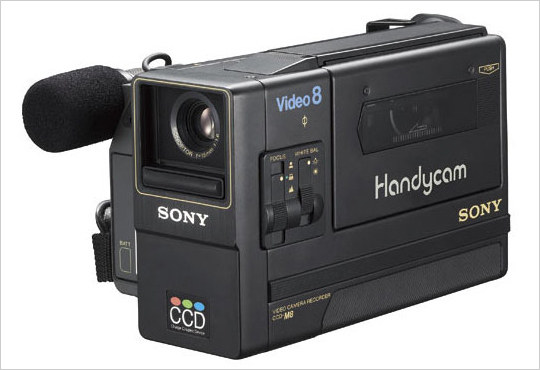 Just one year after the Videomovie came out Sony upped the ante yet again and kicked off the race to get better and get smaller. In 1985 Sony introduced the Video 8 Handycam. It was a lot smaller and could fit in one hand. But what really set this camcorder apart was the use of a new, smaller 8mm tape.

As the Handycam evolved, Sony came out with Hi8, an improved version of 8 mm tape with sharper clarity and sound. Sony still uses the Handycam name today, although the company is long past the use of tapes.
The DV Recorder 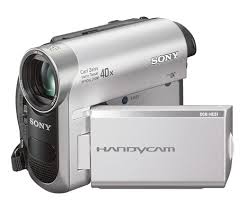 A decade later and Sony would change the home recording industry yet again when it released the DV recording format in 1995. This was the first time a digital recording and playback function became available to the mainstream consumer. Soon after came widespread industry adoption of DV recording and the IEEE interface, which allowed users to easily attach their camcorder to a PC.

The quality of DV far exceeded the film models available to consumers and eliminated a slew of problems associated with conventional film, such as excessive white noise and tracking problems. The downside: you still needed a small DV tape to record and store digital footage.
Digital Revolution 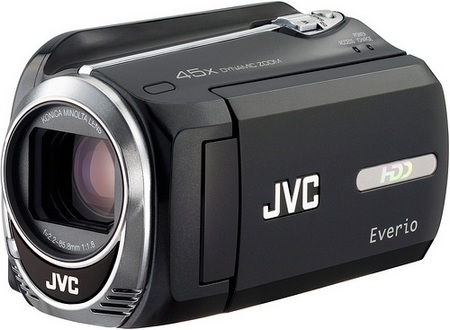 By the turn of the 21st century every major camera company had moved to a digital format. The cameras kept getting smaller and the picture brighter. Now, companies like Canon and Panasonic were giving Sony a run for its money. Naturally, Sony and JVC would respond in 2006 with another important development: the hard drive.

This development did away with the need to record onto a mini DV tape, allowing users to store videos directly on the camera. Now, hours of video can be stored on a camcorder and uploaded to a PC in seconds.

In 2006, Sony unveiled the first 1080i HDV hard drive camcorder. The introduction of high def 1080i put unprecedented picture and sound quality into the hands of average consumers. It was small, easy to use and set the standard for home HD recording. Today, HD camcorders are largely considered the norm. 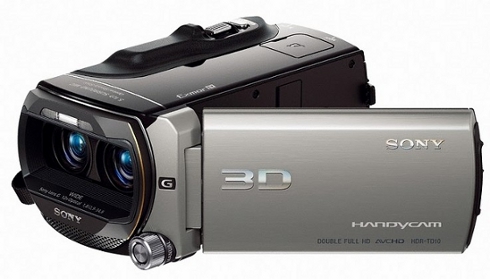 Earlier this year, Panasonic announced the launch of the first camcorder to film in full 3D.  The AG-3DA1 is going to be aboard the International Space Station when NASA embarks on its final space shuttle run. Granted, the $21,000 price tag might be out of range for the average consumer, but that’s where Sony comes in.

The company will soon release its Handycam 3D, which will run for about £900 and feature some of the same features the Panasonic boasts, such as dual lenses. Unfortunately, the 3D Handycam won’t launch this month as expected due to complications from the March 11 earthquake in Japan.

With Sony and Panasonic already bringing 3D filming into the home, it’s only a matter of time before other companies join in. Much like the development of digital recording, don’t be surprised if 3D soon becomes the norm.

Samsung harasses Apple about iPhone 5 details; surely it should be the punters?