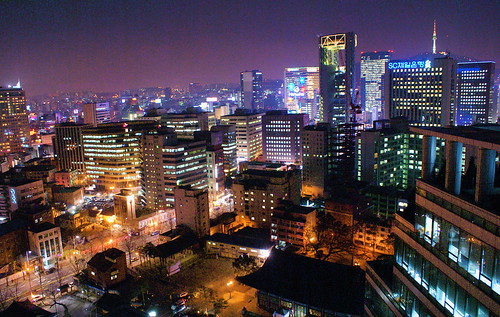 However, many South Koreans claim that recent years have seen a decrease in home broadband speeds. If you compare broadband speeds from 2008 with those today and you’ll see an alarming trend: connection speeds in South Korea are, on average, declining by approximately 20 percent annually.

Industry analysts claim that the supposed decrease in connection speeds is actually due to low-speed devices dominating the Korean mobile market, including Apple’s 3G iPhone and RIM’s ultra-popular Blackberry handsets. Due to the relatively lower speed of mobile devices and the prevalence of mobile internet, statistics are deceptively showing a decrease in Korean connection speeds.

A broadband comparison from European countries are slightly more surprising. Leading the speed race are Latvia and Romania, each boasting average connection speeds of over six megabits. Despite more advanced economies, many Western European countries lag behind their Eastern and Northern rivals, with average connection speeds often dipping below 5 megabits per second.

However, with a number of leading UK telecoms planning to roll out high-speed connection infrastructure, the European speed race could soon see a new leader.